Over my year hiatus I still played around with stuff I had picked up and would occasionally snap some pics with my phone, either with the built in camera app or the Hipstamatic app to share my latest and greatest scores with a couple of friends. Below in no order or explanation are some of those photos. 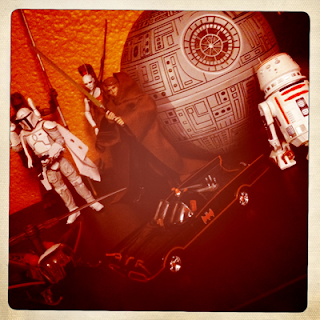 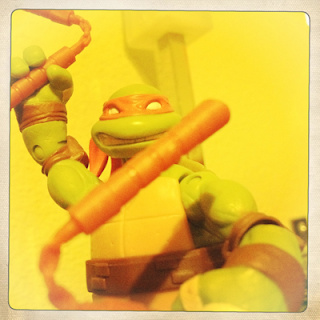 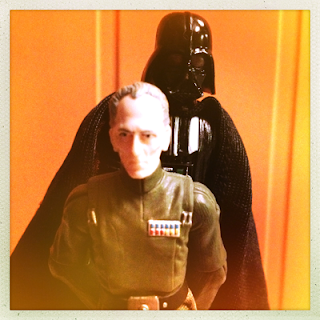 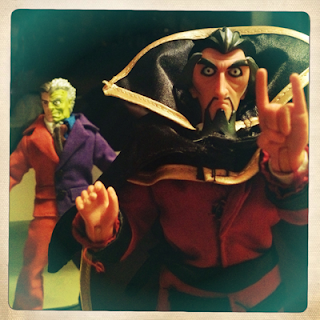 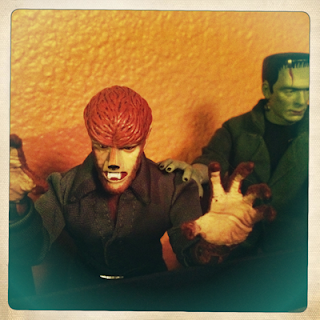 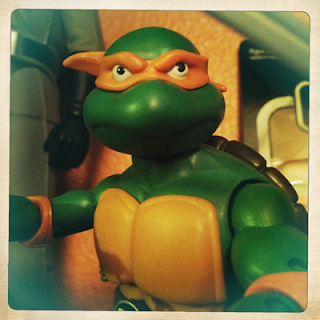 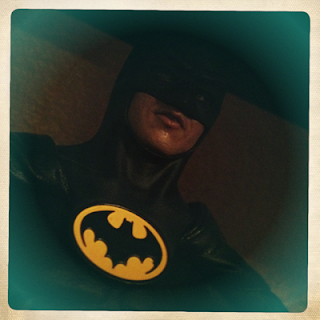 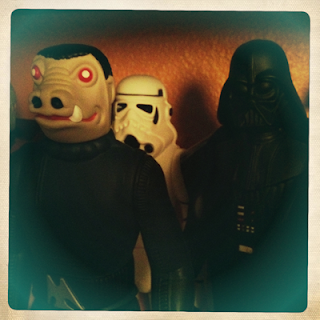 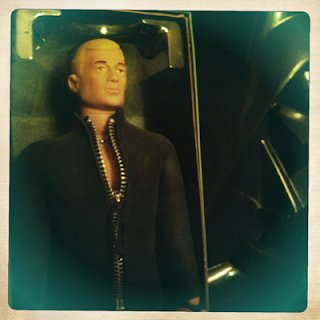 I am pretty excited about the new 1966 Batman items that will be making it's way to store shelves and across the internets this Summer. So much so I went ahead and broke with my tradition of hunting things down and preordered some 1966 Batty Goodness.

After that what was I to do? Why, enjoy a milk shake with Batman!

The rough sketch is here!

Bow Before Vader... or Vadar! 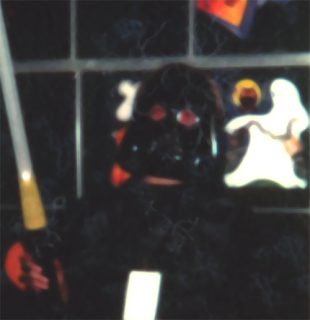 Follow the Dark Lord of the Sith at ASWB!

I have been thinking of starting up my sketchbook blog again. This time as sort of a support for the artwork I have posted here. I am thinking like a behind the scenes or a peek at the process sort of thing.

So, I have added an animated GIF to the Sketchbook Blog showing a little bit of the evolution of this illustration if you are interested.

As time goes on I will try different behind the scenes techniques. 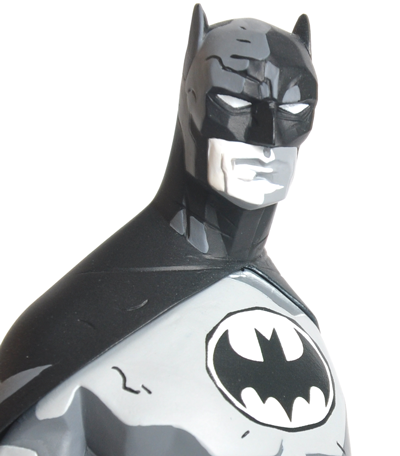 I had a little bet going with Brian A and Brian B that the winner (or loser) had to write a guest post for the other's blogs. I really do not want to got into the whole thing, but I won and or lost!

So, first up I have a guest post over at Under the Giant Penny featuring the Mike Mignola Variant Batman Black and White Statue sent to me by my friends at Tate's. They redesigned their website recently, it's really cool, you should check it out.

Make sure you check out my guest post, and then come back for more Eclectorama fun... oh and I have two more guest post I have to write, so stay tuned for those announcements. 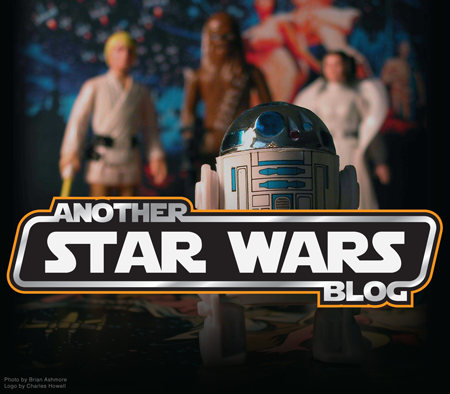 I joke, I joke. I could never do without some Star Wars. That being said, I am limiting any Star Wars posts on Eclectorama to just artwork I have worked on because Brian A of Yestervile Toy Room, Brian B of What My Dad Saw (Both form Under The Giant Penny fame), and myself have teamed up to talk about Star Wars at Another Star Wars Blog (ASWB for short).

We have been talking about this for a year or so and finally I got off my butt to get some artwork going for the new blog. It's going to be a mash up of memories, toys, original and prequel trilogies, plus what ever we decide to talk about. Should be a fun time.

I do have more posts in the works for Eclectorama and Batman the Animated Toys, and hopefully some answers to questions like whatever happened to Vacationing Spock? Or did you run out of BTAS Toys to talk about? So, stay tuned and drop by ASWB for our first post, a little Q&A if you will to get to know your hosts a little better.

You have probably seen these things hanging around the Star Wars section at Target. This is one of three, 3-Packs from the Target exclusive Star Wars product. They have been hitting the clearance aisle the past few weeks. Though the price is still sort of high 18 bucks for the set, which for three figures is pretty good, but when you only need one of the three sort of high that's all I mean.

I have passed on this set before the Holiday, during the Holiday, and while picking up some Laundry Detergent and only seeing one left of this set I went ahead and picked it. So, what did I get? 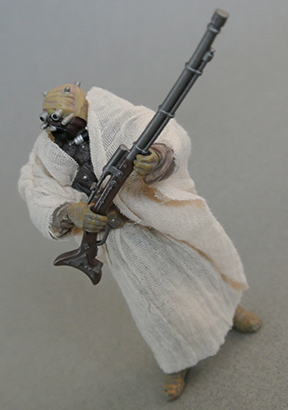 First up is the "Sand People"! I guess Sand Person or Tusken Raider, the package was going vintage and that's what i believe they had them listed as back in the day. Shown above with his Gaffi Stick, he also comes with the rifle shown above. I am more of an old school fan with the Gaffi Stick, but will take the rifle in a pinch I guess. 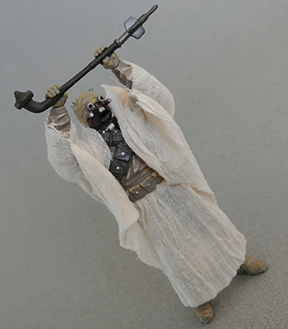 The Tusken Raider was not really the figure I was after in the set, but as one of my buddies reminded me, you can never have too many Tusken Raiders to harass Luke.

Boba Fett! I do not know how many Boba Fett Figures I have, especially of this one style. I think Hasbro has been using this body for several years now.

I like Boba Fett, but this figure is really a deal breaker for me. I understand that in the original "Villain Set" he was included, and that is why he is here, I am just saying I could have lived without another one. 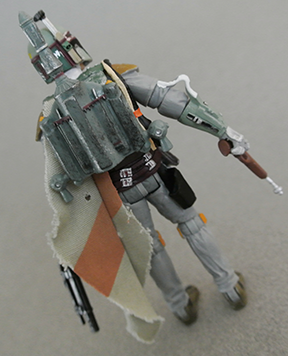 This is the Empire Strikes Back deco of Boba Fett, so that is a bonus in my book. This means he is going to have the extra little blaster pistol and the more subdued color scheme. I guess if worst came to worse I could use him as a tooth brush holder, maybe put him on the dash of the car, I don't know. 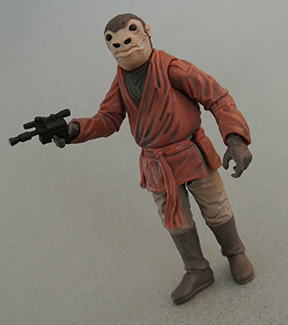 This guy! This guy right here! This is the one I was after. See, my buddy and I have been picking up the recent Vintage Collection of all our favorite Original Trilogy characters, sort of an ultimate version of each, I have been through a couple Vaders, revisited the POTF2 collection for my 3PO, R2 is constantly being replaced, but to date the best we had of this guy was an older version that was limited in articulation. 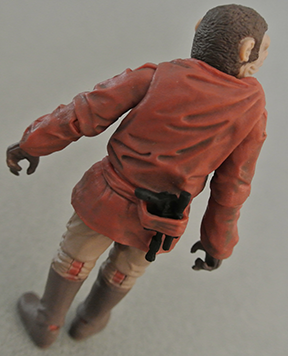 This guy will always be Snaggletooth to me as well, I am a child of the 70's, more specifically part of the first wave of kids to ever lay their eyes on Star Wars, back then the cantina patrons were known as Snaggletooth, Hammerhead, Walrusman, and Greedo (who turns out is actually Greedo).

So, those names have stuck with me. I like that old Snaggletooth also comes with the Han Solo Blaster, just like back then. Also, no holster, just jams it in the small of his hunched back, in his belt, Tatooine Ganster style!
Posted by chunky B at 6:00 AM 14 comments