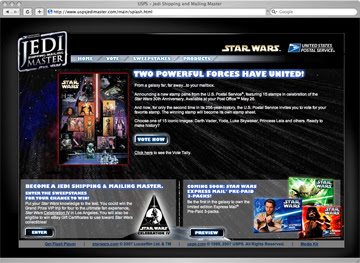 I am so getting a set of these stamps for my stamp collection!
Posted by chunky B at 2:20 PM 0 comments 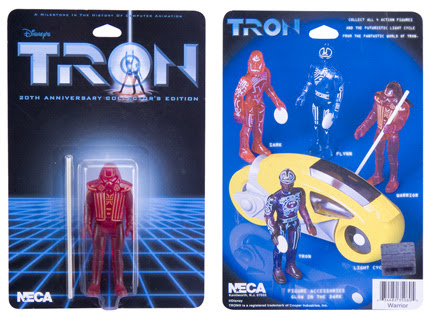 Okay, I usually do not stray to far from the Batman and Star Wars scene. Usually when I do it's for a Classic Star Trek item, A cool 12" G.I. Joe, or a Mr. Potato Head. So now having said that I give you Tron! Okay not Tron exactly but a Warrior from the Movie Tron. I remember these when they came out and always wanted one. Then the reproductions came out not to long ago for the Anniversary DVD release, and I looked and looked for one in the stores ( I did find an actual Tron figure, and bought him) I ended up just getting the Tron and the DVD.

Well while I was trying to thin out my collection a bit and make room in my office on E-bay, low and behold I found one of the reproductions at a really decent price and bought it. Two steps forward and one back I guess. Now you're probably saying one of two things, one " so what?" or two "Why not get an original one if your buying on E-bay?" Well to answer the later of the two, the reproductions are just as nice, less expensive, and I found one. Plus being a reproduction I won't feel as bad freeing this warrior from his carded prison, and setting him up next to my computer to guard against rouge programs. I snapped a few shots of the packaged item though because I really dig the vintage style package, and in the future I'll drop some open pics on the blog for everyone's enjoyment.

Email ThisBlogThis!Share to TwitterShare to FacebookShare to Pinterest
Labels: Tron 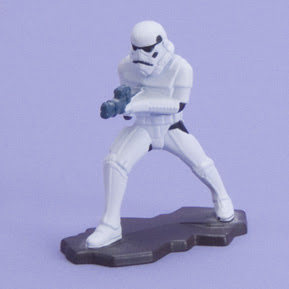 Wow! Has it already been a week? Talk about losing track of time. Well I've been very busy at work and at home. Work we are preparing for the increase in Spider-Man 3 movie merchandise and at home I'm completing some yard projects.

Anyway onto the Trooper of the week! This guy actually came out a few months before the trooper from last week, kind of a filler product if you will. He's a small die cast piece put out by Kenner (which is now Hasbro) about the size of a walnut (or if you've been reading, a hair under a Jawa on the Utini Scale), and was branded under the banner of Action Masters. The line contained some of the space and superhero licenses that Kenner had at the time; Star Wars, Aliens, Superman, and Batman to name a few.

This little guy was one of several Star Wars characters represented, including Darth Vader, C3-PO, R2-D2, and I believe Luke Skywalker, Han Solo, and ol' Ben Kenobi.
Posted by chunky B at 12:48 PM 0 comments

Stormtrooper of the Week 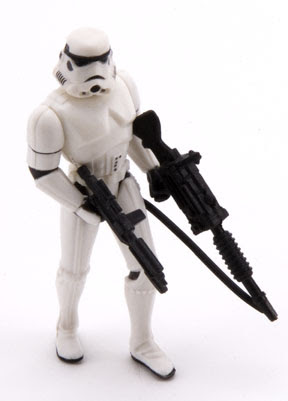 This weeks Stormtrooper is an updated version to our previous spotlighted Stormtrooper. The year was 1995 and the Star Wars franchise had laid dormant for a few years (at least as far as action figures were concerned), but that was all about to change as the Licensing juggernaut that Lucasfilm was about to unleash the new and improved Star Wars Action Figure in the "Power of the Force 2 line".

Some thought that these new incarnations of the beloved characters from a galaxy far, far away where a little bit bulkier for their tastes, like they had hit the steroids. This is probably more evident in the characters of Luke Skywalker and Han Solo, still these were a welcome sight to many Star Wars fans. I for one really like this line, it was from a time when collecting Star Wars stuff was fun. It's hard to believe that this line is now over twelve years old.
Find out more here. 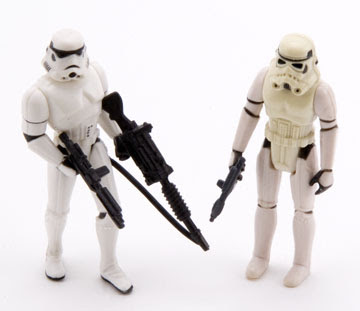 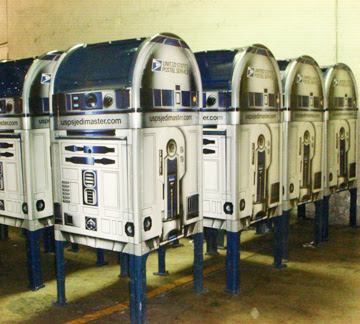 A Star Wars Fan Site, theforce.net, is posting some news about an upcoming Post Office event involving everyones favorite droid, R2-D2. Does this mean that Star Wars postage is not too far away? This gives me a cool idea for an illustration... stay tuned.
Posted by chunky B at 8:39 AM 0 comments

The beard is logical... 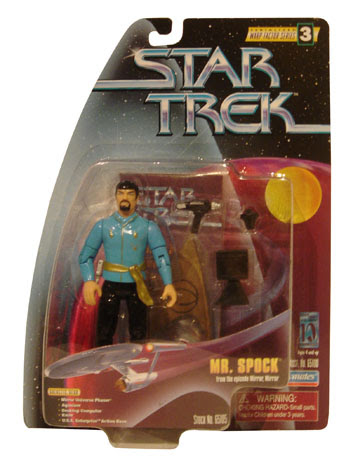 ...or at least cool. Spock with a beard, you have to admit that is pretty damn sweet for a toy. This is a little early birthday present that I purchased for myself on E-Bay. This little logical fellow is copyright 1997 from a great little toy company called Playmates, the makers of all things Ninja Turtle. I remember seeing one back in 97 and I had to pass because times were tight, not that I did without, but the bearded Spock just wasn't a logical choice at the time (how many times can I use logical in this post?). Well throwing logic to the wind I signed on to the bay one day and found me a Spock with a beard.

This version of everyones favorite Vulcan is from an episode of the original series called "Mirror, Mirror" were Captain Kirk finds himself in a little transporter mishap and ends up hanging with the "evil" duplicates of an alternate universe. How beard equals evil puzzles me somewhat, but I guess they had to make Spock look different somehow. Mr. Spock, or Mirror, Mirror Mr. Spock comes with some snazzy accessories; a Mirror Universe Phaser which looks like a normal phaser, but is now an offensive instead of defensive weapon, an Agonizer for punishing crew members, a Knife cause he's evil, a Desktop Computer for planning out his manifesto, and a Starfleet base to pose him on. The base is kind of weird because the mirror universe has a different insignia than the normal Trek universe, so it really doesn't fit here. Yes I'm a classic Trek geek, yes I say Trekkie and not Trekker, oh and yes I freed this Mirror Mirror Spock from his little plastic bubble universe. I mean he can't be that evil and if I remember the episode correctly he did help our good captain find his way back to the U.S.S. Enterprise, right?

Anyway this will be far from my last post about Classic Series Star Trek stuff, that's why I call it eclectorama. 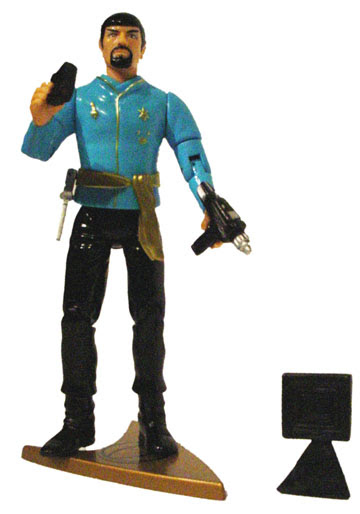 The Stormtroopers are coming! 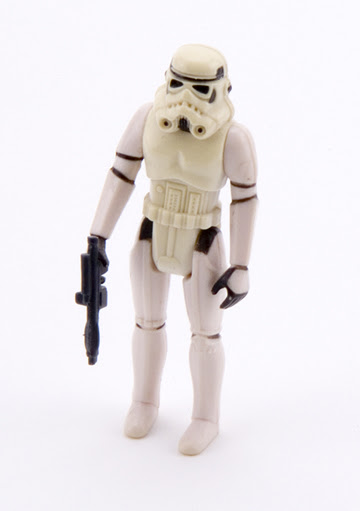 Since I ended last week on a Star Wars note I thought I would throw out another bit of the Star Wars collection, and try to step it up a notch with a weekly post about Stormtroopers (Hopefully I have enough Stormtroopers to last a little while). Not just any Stormtroopers though, all from my collection and some of my favorites. Starting with one of the first Stormtroopers I have owned. I say one of the first because I had two of these guys guarding my Darth Vader at all times, but sadly TK0002 (or Frank) is no longer with us. This little guy was from the original Star Wars line from 1978, though his copyright reads 1977. I would love to pretend to know all the little ins and outs of these little toys, but all I can tell you is they were a blast back in the day, and still somewhat fun today. I know some die hard toy fan is thinking "that piece of junk doesn't have near the amount of articulation or detail that the newer stuff has!" and they would be right, but for a time these were it, and there's something about all the adventures that this little guy had that make it magical.

Here's a link to a site called Rebel Scum that I check out fairly often that has tons of information on all toys Start Wars, plus heres a link to their Vintage Stormtrooper page. Check it out when you have time.
Posted by chunky B at 6:45 AM 0 comments 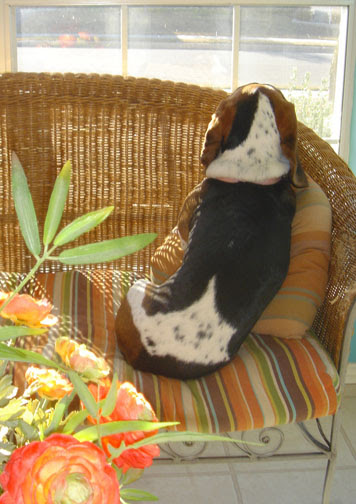 Just a snap shot of our little Basset Hound waiting to go for a walk.
Posted by chunky B at 6:15 PM 0 comments 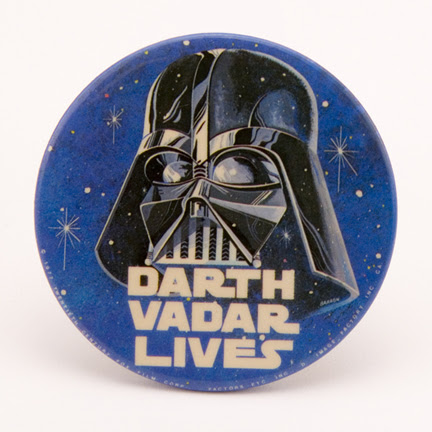 It's no secret that I am just a big of fan of the original Star Wars Trilogy as I am of Batman (among other things). So I thought I would post a photo of one of my first Star Wars items. This was purchased at a now closed mall named Windsor Park. I had seen the movie about a week before and was hooked, I had to have some stuff from that movie. As most of you know the toys would not be around for another year (things were a lot different then) and I really do not think manufacturers were ready for the Star Wars fever that hit back in 1977. My parents took a trip to Windsor Park Mall that weekend in search of Star Wars stuff, at least in my mind. What we found was a little circular table in the middle of an isle of J.C. Pennys that had buttons, posters, and t-shirts. I made out like a bandit with two buttons, one The Brothers Hildebrandt poster, and a t-shirt with the poster image on it. This is the surviving artifact from that trip. The big tah do about this button is that the manufacturer was in such a hurry to produce it that Darth Vader's name was misspelled. Making the button that much cooler in my opinion, but probably not worth much to anyone except me because of the memories.
Posted by chunky B at 11:31 AM 2 comments 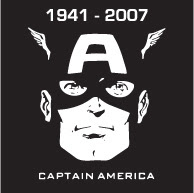 I just found out about this today. What is the world coming to?