Now, if you remember Spock's last stop he was passed off for a little side trip, a weekend getaway if you will to Pittsburg, PA and New York City. His hosts for this trip Chris and Brad took Spock on a fun filled trip to two great cities, so get ready for some more Spockcation! 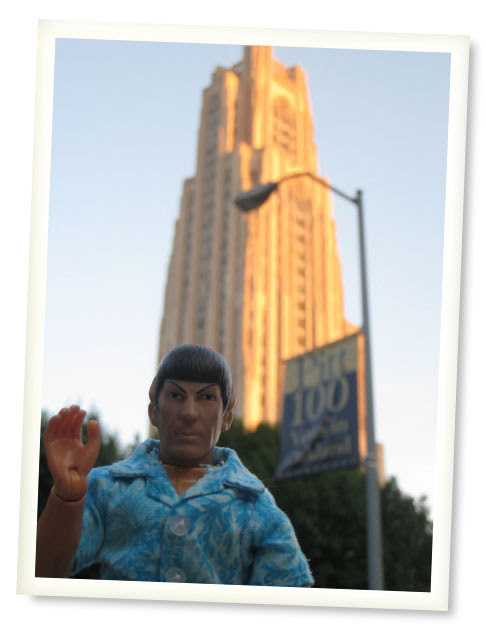 Spocks first stop was the Cathedral of Learning at the PITT campus, very logical. 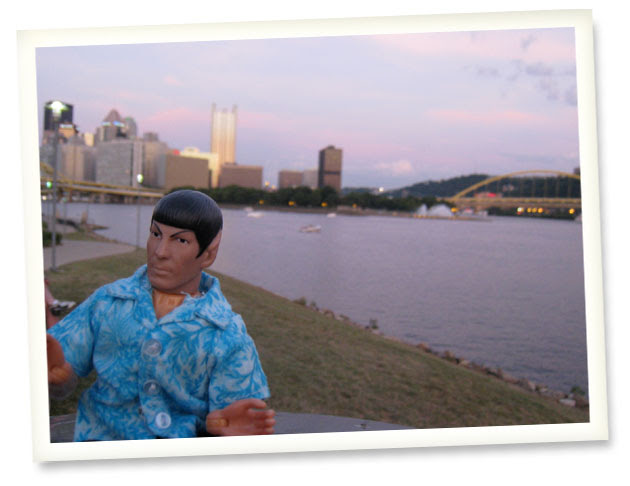 Next stop in PA was the former site of the Three Rivers Stadium. 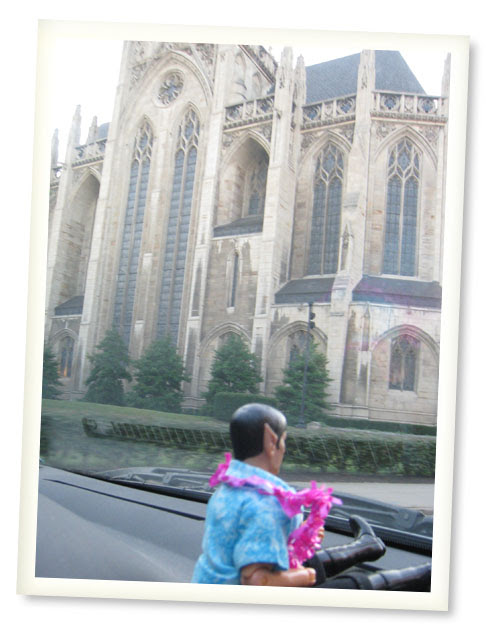 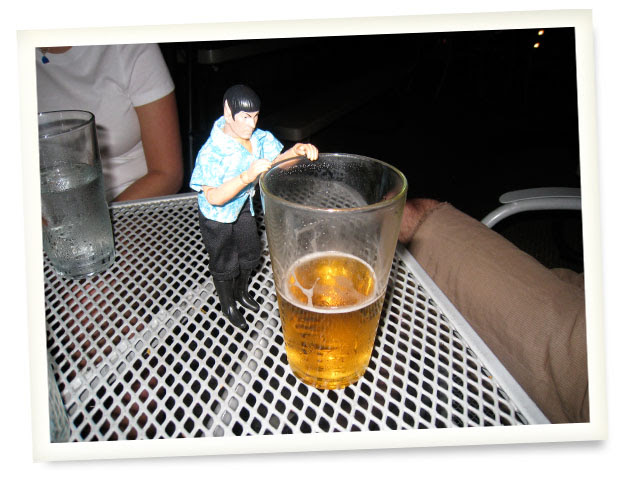 A little refreshment before we leave PA for the bright lights of New York City! 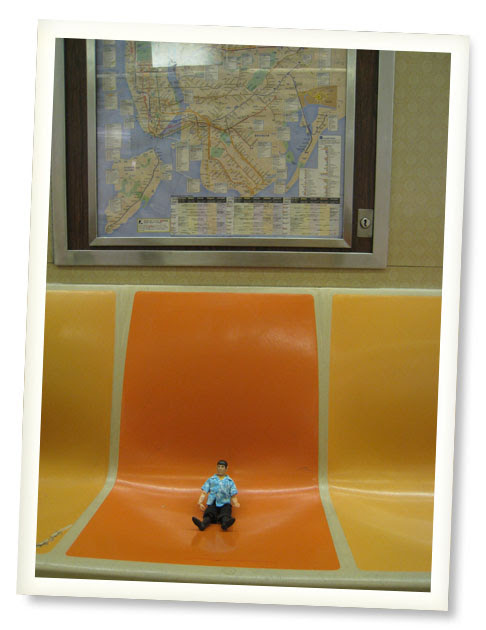 Taking the L Train to Brooklyn, mass transit is the way to go! 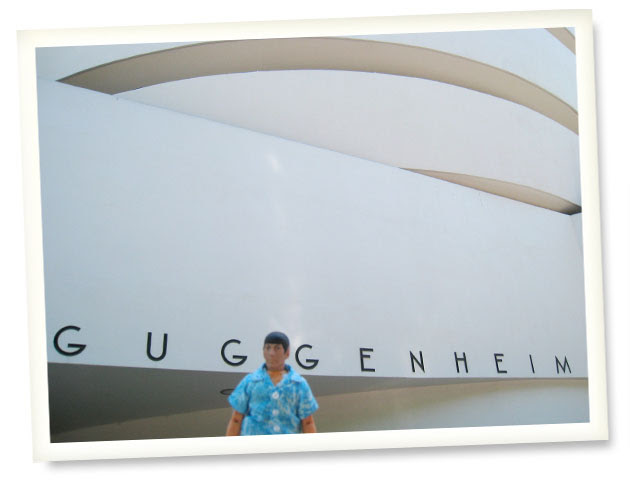 Some culture at the Guggenheim. 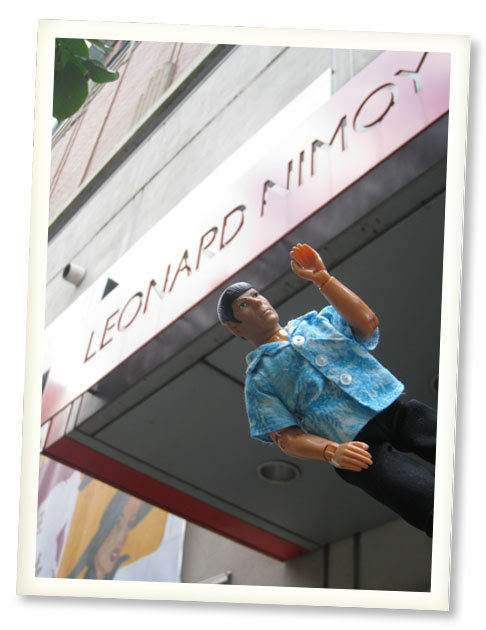 This looks like a logical spot for more culture, a fascinating time at Leonard Nimoy Thalia, Symphony Space. I wonder who this Leonard Nimoy fellow is? 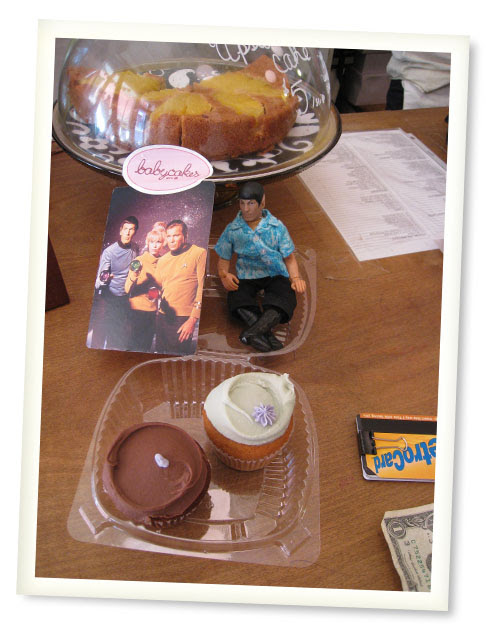 Time for a snack brake at Baby Cakes in the Lower East Side. Well, take a look at that handsome fellow in the picture next to the Captain and Yeoman Rand. 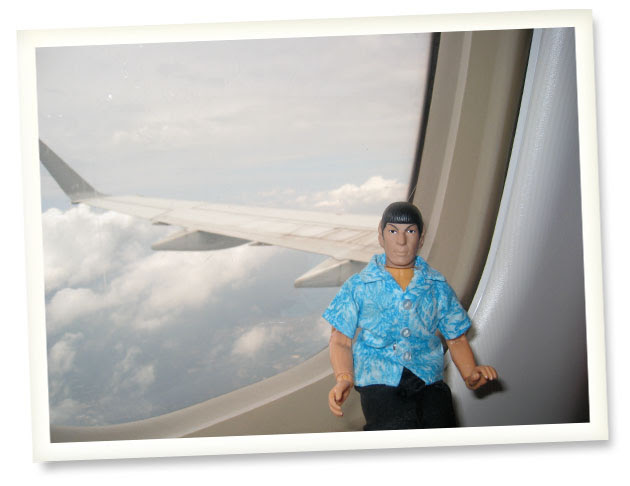 Clouds over New York, time to get back on track.

Wow, some great locations, huh? I'm a little jealous of Spock, the Guggenheim! Note to family: we need to go back to New York.

I have received a few emails as to when Spock may be arriving at a few destinations. He has two more stops in California, then he makes his way across the U.S. with stops in WY, CO, KS, IA, NB, MN then a couple of stops in IL, OH, NY, CT, VT, NH, MA two more stops in NJ, NC, TN. Then GA has three stops, AL, a stop in TX and back home. I really did not think it would take this long, haa, but I estimate I will not see Spock until May of 2010! So remember when he hits your town, lets keep him moving.

Next week his first stop in California, as always live long and prosper.
Posted by chunky B at 2:05 PM 3 comments

Just a post to let everyone know I'm still alive. It's funny how things change so fast. I might be spotty on posts till I get going again, but I felt the need to give you guys and gals something. 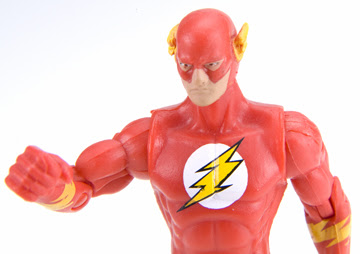 Anyway, thought I would try and get back into the swing of things with this little guy, little because he's a whopping 3.75" in height. I do not think I have ever mentioned or posted about the DC Universe Infinite Heroes line before, at least when I looked back through my links I didn't find anything, don't you hate that, when you can't remember off the top of your head what you posted in the past. I actually had a Galactic Heroes Greedo all lined up for a photo shoot when I discovered I had already shot pictures and posted about him.

The DCIH line was never really a focus line for me, I figured I would pick up a few of the characters I liked and that would be it, and today I can say I have kept to that promise, though I think it's because I can never really find any of my favorite DC heroes or villains in stores. I don't know if that means the line is popular or if they are just not making that many Batman figures. I did find this Flash figure though and I have to say this guy is all right. I have seen that they have a version being released that has some added articulation, but I think this one has enough, plus his face is not in the "screaming into the distance" freeze face look that the more articulated one has. I can honestly say I was surprised that I found this one, I knew he existed as part of a three pack and I think a two pack, I never wanted the extra figures, so I passed on the sets.

I like to think of this line as I would have when I was a kid, instead of trying to get them all, I'm just going for some of the characters I dig the most, Flash, the Joker (both I have) a classic Aquaman if they ever make one, I would love to get a Blue and Gray Batman but I have never seen the regular version. Did they make a classic looking Robin, if so, a need? I'm on the fence about Hawkman, maybe if he comes in a single pack. I will admit that the Batman Gotham Knight, based on the anime DVD, is a must if I ever find one. That's pretty much it, I'm sure I'm forgetting some obscure character that I would need to have, but until it reveals itself I'm good. Kind of refreshing, not needing or wanting every character in a line for once, maybe a new trend for me.

So that said, anyone ever see a Blue and Gray Bats, then you have a friend for life, plus I'll pay ya or draw something for ya.
Posted by chunky B at 3:03 PM 8 comments

I know you all are probably tired of coming to Eclectorama only to see Spock is still chowing down on some chowder. Rest assured that Spockcation is still in full force and as I can I will get his latest visits up on the blog. Also know that I will once again be posting more toy goodness in a week or two, but for now I need to take a break. The family was given some bad news a week ago and we are trying to deal with it at the moment and toys have been the furthest thing from my mind.

I have been trying to keep up with everyone's blogs when I need a break or when I can and see that a lot of cool things are going on out there. I promise we'll be back and talking toys soon, so just hang in there.
Posted by chunky B at 3:23 PM 4 comments