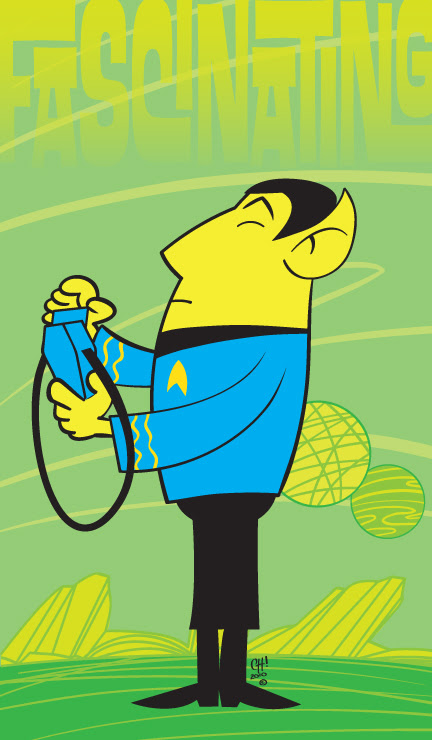 Drawn straight into Illustrator no guide sketch... though it would have been nice knowing what I was going to draw.
Posted by chunky B at 6:00 AM 7 comments 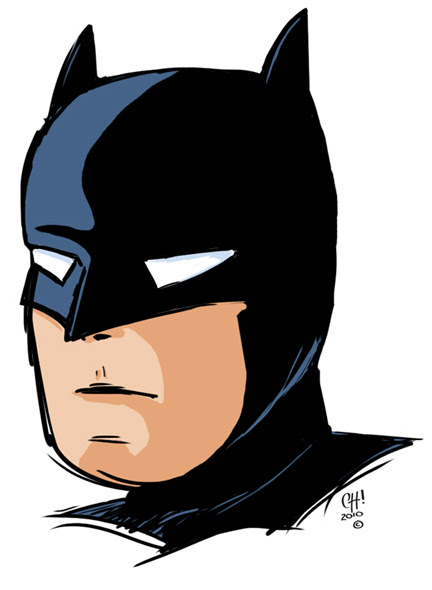 Taking yesterday's lesson a step forward I opened up Photoshop and noodled out a rough head, then built a mask on top of that, and this is what I ended up with. All sketched in Photoshop, all using a Wacom. I'm pretty happy with it.
Posted by chunky B at 6:00 AM 4 comments

Well, it sort of reminded me of Scott Pilgram... 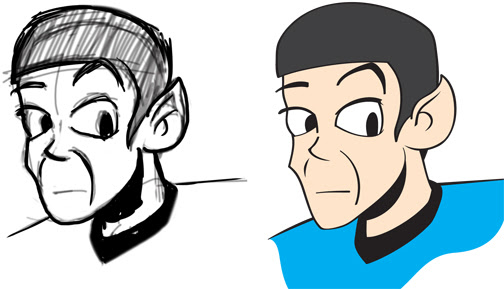 Anyway a quick test if you will, I was checking out a blog called Rad How To, more specifically a post about hair helmets, so as you can see being the lazy artist I just took what Rad was doing and tried it out. I don't deny copying his pose, this is a lesson anyway, geez get off my back. I mean it's not lazy wanting to learn stuff right?. I wanted to test a few things out actually.

1) The Hair Helmet
2) No paper, sketching straight into Photoshop. Via a Wacom.
3) My continuing learning process of "inking" things in Illustrator, this time only using the Wacom and no mouse.

So there you have it quick and dirty. I like the sketch better than I thought I would, and I like it more than the inking... that's bad. Oh and I finally had a chance to read a Scott Pilgram volume (Volume 1) last night... I liked it, that's good.
Posted by chunky B at 4:06 PM 0 comments 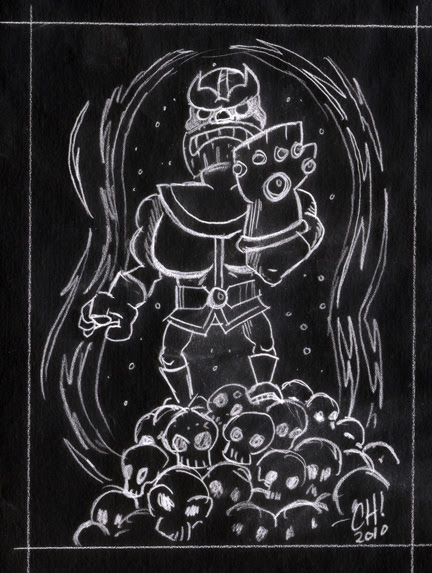 Yes, I inversed the sketch for dramatic effect.

So, yesterday I left a comment in the post below about what superhero I should attempt next. I received all of one comment in return from Jason, who had some awesome ideas. Let's see, here's a quote from his comment...

"...The Maxx. If not how about a villian? Maybe Pyro or Apocalypse."

These are characters I would have never even thought of to draw, which lead me to another character... Thanos. For some reason I really dig Thanos, not sure why. The only story I ever read that he was a major player in was the Infinity Gauntlet story arc. What was that the 90's? I always thought about picking up a figure of ole' nasty britches, just one to keep on the desk to cause a little havoc in my collection, but guess what? I never did pick up any of his figures. A quick eBay search turned up a nice selection, I may have to get a Mighty Muggs version, I didn't even know that one existed.

I did spy the one I want though on the Cool toy Review site, Marvel Universe is coming out with their version of Thanos and I must have it. This is the one I have been waiting for! Thanos, you and your little Infinity Gauntlet will be coming home with me! Now if the Magic Grocery Store will come through for me I'm all set.

Oh, that's right a quick sketch of a possible candidate for the next superhero drawing. So what do you think? Thanos anyone? Big thanks to Jason for giving me some ideas and a direction I would not have thought to go.

Side note: Also on cool toy review, another Marvel Baddy that I kind of dig and will have to post about later is this little guy with Spidey. I am so going to have to get this set as well!, By the way another Thanos!
Posted by chunky B at 3:00 PM 5 comments