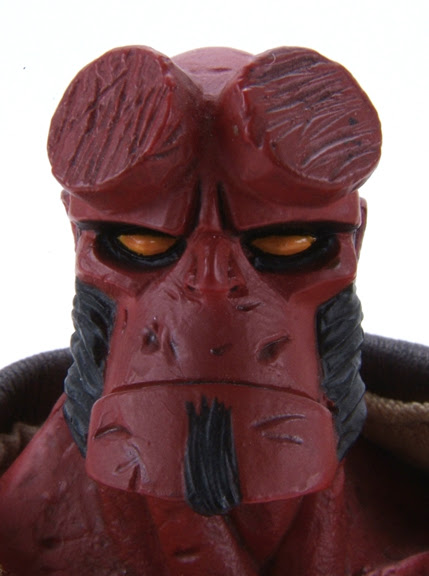 I likes me some Hellboy! With the Dark Knight going on and Batman / Joker week here on the blog I neglected to talk about Hellboy! 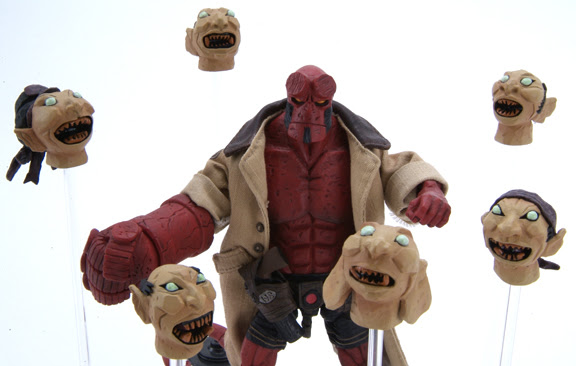 I was introduced to Hellboy through a toy, not this one, but the first one that looks like it stepped out of Batman the Animated Series. I knew he had his own comic, but I was drawn to the toy first. That attraction carried over into the comics, cartoons, movies, and these comic based toys from Mezco Toys. I immediately loved the look and feel of these things. They really look like they stepped out of one of Mike Mignola's pages. 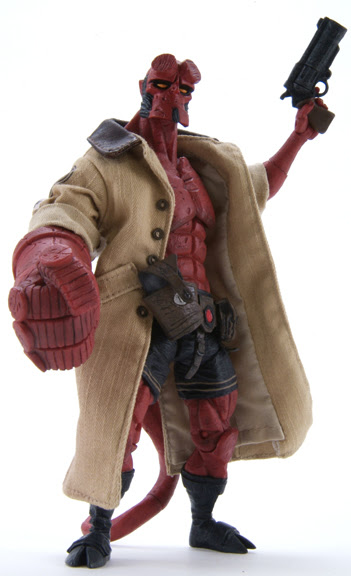 This version of our big, red hero is a special edition that was sold online at Mezco's site and I believe one of the Comic Conns. Even though it was sold online it was hard to get. So one day I'm talking to our factory rep in China and we are talking about what we collect and it turns out we both had some Hellboy figures! Well months pass and I get an e-mail that one of his buddies works for the factory that produces these and he gave him a few samples, would I be interested. I said yes and in a few weeks the special edition Hellboy and a couple of others from the BPRD arrive on my desk at work! 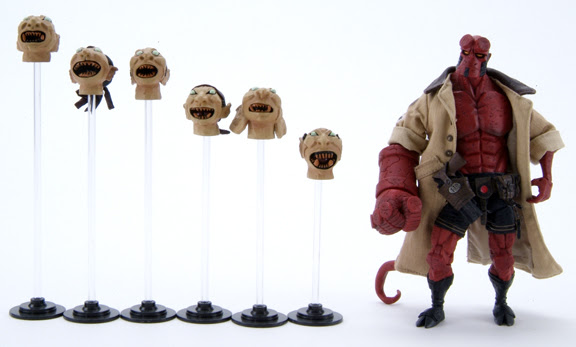 Did I mention getting toys at work is just as cool as getting them at home? Hellboy came packaged with his usual Big Ass Gun, trench coat, and six disembodied vampire heads. Disembodied Japanese vampire heads to be exact. Straight form the funny pages!

Needless to say I was thrilled, I was expecting a regular Hellboy, but to open the package and find this guy, wow! So what were we talking about? Oh the movie. I saw the movie before Dark Knight and loved it, Hellboy never seems to take itself too seriously, and it was a steady moving story. It was a great Saturday afternoon flick.

So with this expect to see a few Hellboy posts here and there! 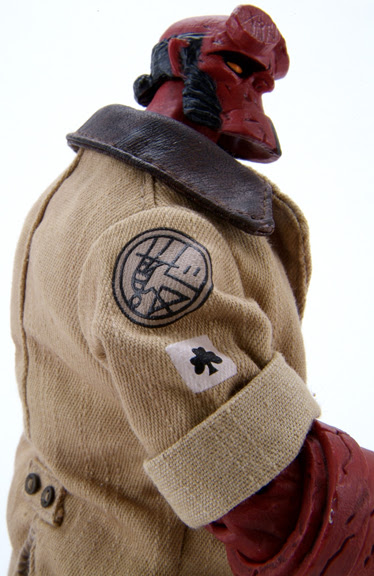 I've always loved Mignola's style, and Hellboy is pretty groovy. Haven't seen the new movie yet (too caught up in Batmania!)

That figure is awesome - and to get it from someone you deal with at work! - Can I have your job?!?!

that's a nice looking figure, no two ways about it. plus--floating heads!