Long time Eclectomaniac (and I mean long time, I think he has been leaving the occasional comment since I started this blog) Jay of the Sexy Armpit was Spock's most recent host. I knew when Jay signed up Spock would have a good time, I mean come on Jay likes Batman and lives in Jersey, Spock was bound to have a good time... forget 'bout it!

Jay also stepped up on the creativity level by not only taking Spock to some key New Jersey pop culture locations, but he also combined the New Jersey Spockcation Experience into a great little comic (I'll post the link further down the post). Also, a first for Spockcation, but not a first for little Spock (ask Barbie, wink wink), a Spock Nude Photo!

So hang on to your Vulcan ears it's time for Spockcation! 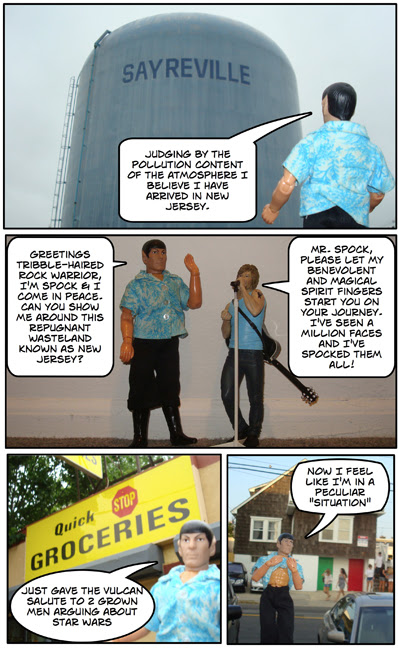 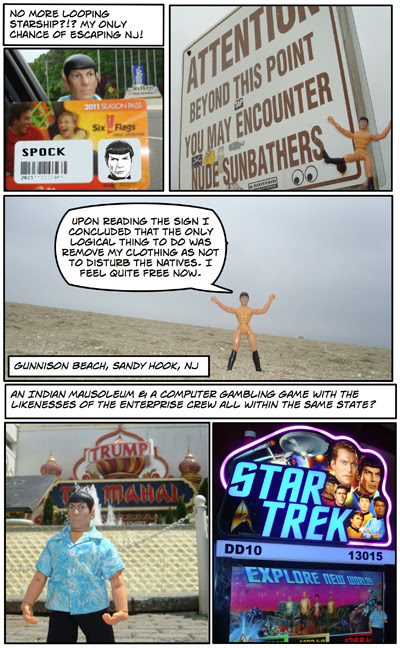 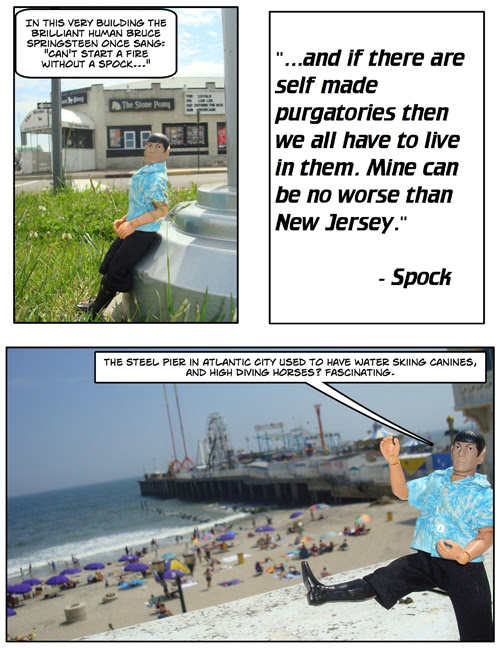 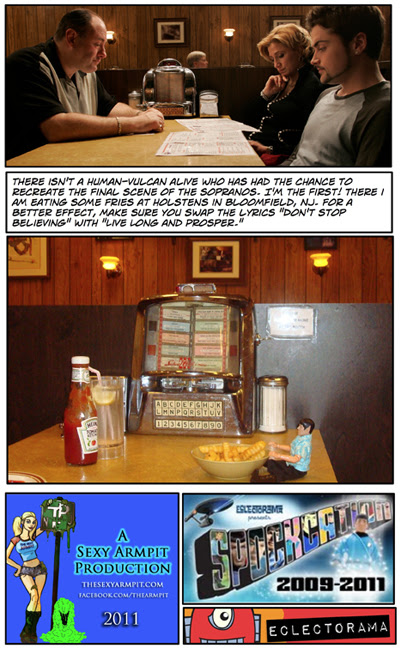 Here's a the link to Jay's Comic, probably easier to read than these low res images I posted, big thnaks to Jay for taking on the first of a two part visit to New Jersey, Spock's next Jersey location is with none other than Rob at the Aquaman Shrine. I hope Aquaman doesn't mistake Spock for Namor, stay tuned and remember to Live Long and Prosper.
Posted by chunky B at 6:00 AM

Now that is awesome!

THANKS Shawn for checking it out! And Thanks Chunky for letting Spock come to The Sexy Armpit!

I personally think this was Spocks best stop yet.

love the comic and the nude too LOL,,
this is my first time here, would you mind to exchange link with me, thanks bro

awesome report and updates. Jay did a great job!

thanks to everyone who checked it out!

@ Rip666 - Sounds good to me, I put your link up in my blog roll, nice blog you got started there.