Okay, so first, no I haven't lost my toy collecting mind. I did though promise some nephews we saw at a wedding a few weekends back that I would send them some Batman stuff. I needed to weed out some of my extra things and thought this would be a great opportunity... then things started to go a little crazy and I decided to fill the box with a sampling of some other things that they might enjoy.

Before you all look at the pictures and pass out, no I am not getting out of collecting toys, this is just keeping with the whole need to get more focused. I still plan on keeping an ongoing open Batman collection, I kept a few of my favorite things from my packaged collection... just a lot less now. I still have my Stormtroopers starting to take over a second shelf thanks to Reis ; ) Plus I still have a ton of other items in the loose collection. This is just a continuation of a process I started a year or more back. 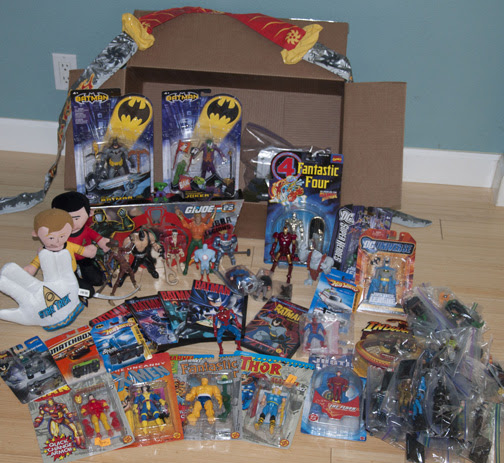 I succeeded in filling the box in the background to the brim and saving on using any packing material! 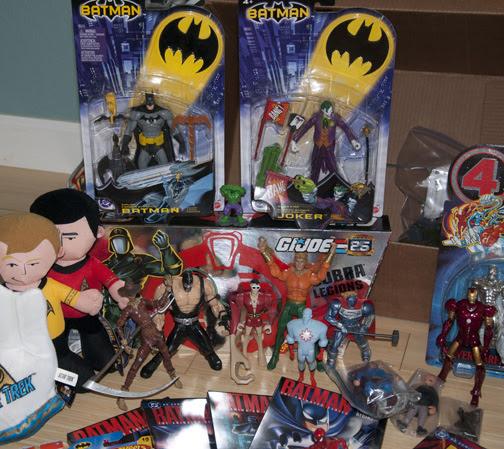 I wanted to make sure they had a few Batman characters to open, plus I had some extra Aquaman for each of the boys and of course some Trek plush (heh, gotta try) and I think that may be my last Cantina Musician. 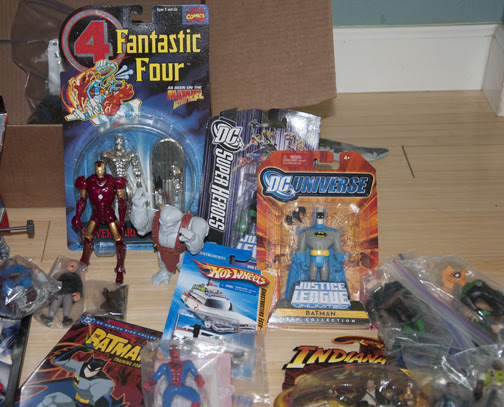 One of my favorite Batman figures. I had an open one so I sent this guy to a new home, plus a few other loose heroes. 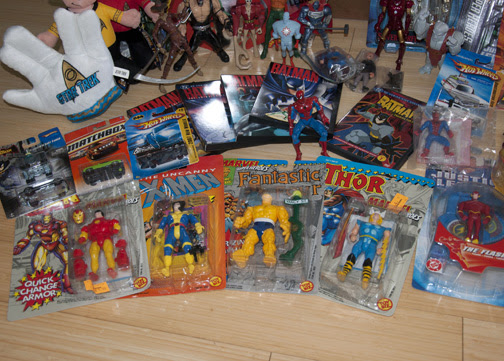 The boys are very into the "old" Batman the Animated Series cartoons. Since I have the series on DVD I had these individual episode DVDs kicking around and packed those in as well, plus a few of the older Toy Biz Marvel guys, why not. 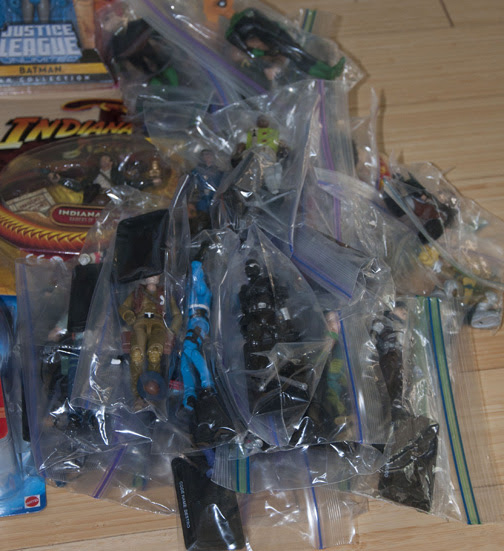 Last is a bout 30 plus loose GI Joes and Cobra with a few more Heroes thrown in for good measure. I bagged them to keep the accessories together.


Man if that does not make their day (by the way three boys all at the right age for this stuff) I do not know what will. Perhaps I may have sparked an interest in some other heroes say Aquaman, Spider-Man, some Trek possibly?

Next post maybe I will post about some stuff I found and kept, ha ha, stay tuned.

Now i like seeing this CB! Spreading the toy love to family those boys will be over the moon i know i would be. : )

OMG! Who wouldn't love these gems. What an awesome Uncle you are. Need to do a purge myself, but I am not as generous. Mine are going on eBay.

Wow, you're really going to make their days!

You will be the greatest uncle ever if you are not already. Hell I would like some of those figures myself. That TOY BIZ Thor is pretty sweet. I would have just nicked that one myelf.

it is great to give especially to kids. You got the Hotwheels ecto1? cool

Now am kicking myself by not asking you about that Toy Biz Thing figure i have been looking for a "short pants" version of him and he would been perfect! Ah well am still very glad its going to some young toy fans where i know it will be loved and played with. : )

Doh! Jayboy if I had known I would have sent him your way, it was a last minute addition to their parcel : (

Here's a link to my loose one, it is one of my favorite Things... bud dum bum!

Ah no worries my friend another one shall turn up sometime. : )

Ok Charles..now where is MY care package of goodies? Lol.

I know who their favorite Uncle is.