Don't bring a blaster to a lightsaber fight

As an old friend of mine used to say "HERE"S SOMETHING FOR YOUR EYE!" which usually had me ducking because it was followed up with some sort of attack like Cato Fong in the Pink Panther movies. In this case it's some more artwork, sketches, doodles whatever you want to call it. These are done for fun.

First up is poor old Ponda Baba. What if the whole run in with Luke and Ben in the Cantina was a mistake, then this poor guy got the short end of the stick... wait didn't his buddy get killed? Now I have to go watch the movie one more time, damn you feeble memory! Still to loose and arm while trying to relax in a bar, right? 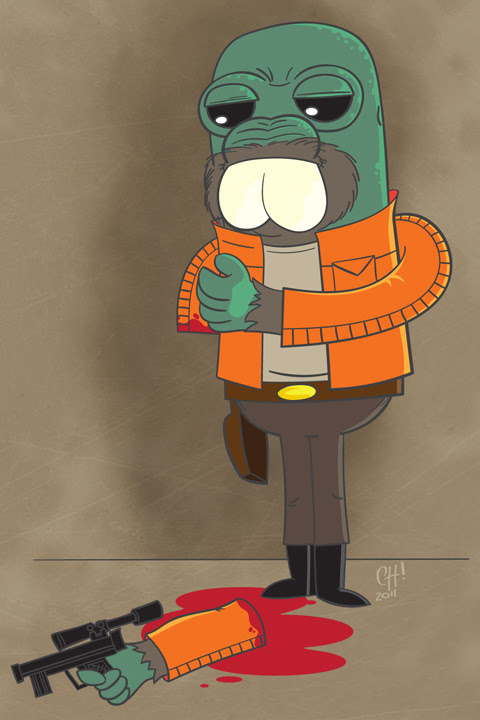 I have to say I am pretty excited that this guy is getting a new version in the Hasbro Star Wars Vintage line, complete with stump.

Next Jboypacman asked in some earlier comments if I ever drew monsters... you know I haven't in a long time. I did a set way when I first started working in toys for some basketballs, I will have to see if I can dig those up from an archive. So, I drew up this guy up for him. 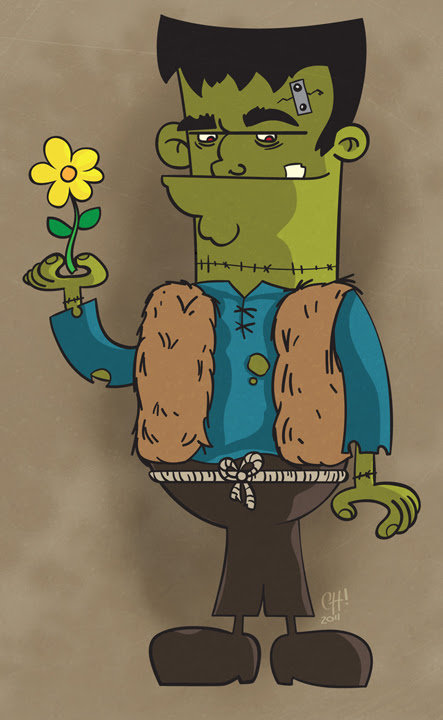 Why he is offering up a flower is beyond me, just seemed to be a good thing for him to hold. Again I am thinking this was a scene in the movie right before someone drowned...Great! Now I have to go re watch that movie!

I ended up taking this one and setting up a little sticker for my favorite comic shop, if you dropped by from the shops facebook page welcome and hope you enjoy the sneak peek. Jboy if I get it made I will send ya some.

I have been feeling like doing a DC sticker for the shop and I have it narrowed down to two characters. Hawkman and Aquaman. I will end up sooner or later doing both, but I want to see a show of hands for which one should be first. So leave a comment and vote for one, or you could offer up another suggestion, but you better be prepared to work I will need a tag line too. What's is in it for you... um bragging rights? I don't know I will think of something.
Posted by chunky B at 11:00 AM

My vote is for Hawkman too.

Awesome! I would love a sticker of it CB Thanks if you do.

Pondo B. is a favorite of friend Scotty and i really need to get out and take some pictures of his Star Wars collection sometime he has some great stuff and all MOC too.

I vote Hawkman and are you going to be doing the different versions of him? Golden,classic and modern age.

My vote is for Aquaman!

While you draw it you have to listen to Ookla sing "I am Aquaman and you better not mess with me..."